The University of Pennsylvania Law School will host a high-level panel examining the critical legal and policy questions associated with drone warfare. Experts will explore the tension between national defense and counterterrorism goals and American commitment to checks and balances and the rule of law.

Mark Mazzetti, Intelligence Correspondent, New York Times; author, The Way of the Knife: The CIA, a Secret Army, and a War at the Ends of the Earth

Copies of Mazzetti’s book The Way of the Knife and Finkelstein’s Targeted Killings will be available for sale and for signing by the authors.

This event is free and on the record.

The program has been approved for 1.5 credit hours of substantive law credits for Pennsylvania lawyers and may be likewise approved through reciprocity in other jurisdictions as well. For CLE credit, please bring a check made out to the Trustees of the University of Pennsylvania in the amount of $25.00.

Register for this event

Lawful Military Support To Civil Authorities In Times of Crisis

Sovereignty is about the source and nature of national power, and the rule of law authorizes and limits the exercise of that power.  Military operations are the most coercive extension of that power, and their legitimacy is determined by moral standards that go beyond those of the law.  Religion shapes concepts of sovereignty, law and legitimacy, and this article will explore the pervasive role of religion as it relates to the rule of law and military legitimacy.

Sovereignty and human rights are opposite sides of the same coin; the former is related to the exercise of national power and the latter to legal restraints on that power, and there are contentious issues of legitimacy related to both.  The standards for political and military legitimacy and law can differ dramatically based on religion and culture, especially between Western democratic cultures and Islamic cultures in the Middle East and Africa, and US national security strategy and military operations must take into account these differences.

A strategy that relies on conventional combat operations and clandestine strikes by commandos and drones to counter terrorism is inadequate where terrorist threats have broad public support in Islamic cultures.  To counter such threats direct (hard) US military capabilities must be balanced with more indirect (soft) capabilities—trainers and advisors who can bridge the gap between the limits of diplomacy and combat operations.  In Islamist cultures where US personnel are considered infidels, they must be diplomat-warriors who can lead from behind with indigenous forces out front conducting lethal operations.

These diplomat-warriors must not only train their indigenous counterparts in military matters but also promote the ideals of democracy and the rule of law in hostile cultural environments.  They must ensure compliance with fundamental human rights while respecting local standards of legitimacy that can condone honor killings, brutality to women, discrimination against non-Muslims and violations of the freedoms of religion and expression.  This can create a mission impossible for US trainers and advisors whose mission success requires rapport with their indigenous counterparts.

Military capabilities enable a nation to go to war, but their ultimate purpose is to preserve the peace.  The wars in Iraq and Afghanistan and the emergence of democracies in the Middle East and Africa have underscored the volatile relationship between religion, the rule of law and military legitimacy.  It is obvious that there can be no lasting peace among nations without peace among religions, and religious reconciliation requires that Jews, Christians and Muslims find common ground in matters of religion, law and legitimacy.   A common word of love for God and neighbor in the greatest commandment represents such common ground and offers the hope of finding lasting peace in a world where religions continue to promote hate and violence.

Barnes_Religion, the Rule of Law and Military Legitimacy

The Editorial Board of The Military Legitimacy Review (MLR – formerly The Military Legitimacy and Leadership Journal of 2009 & 2010) is pleased to publish the 2012 second compendium issue, available via the linked URL above.  The focus of the MLR is on peacetime military operations—those operations other than war such as counter-insurgency, stability operations and nation-building (see About Us).  Combat is often an integral part of peacetime military operations, especially in the early stages, but strategic success is more dependent upon achieving political objectives than military objectives, and superior military force is never a substitute for the lack of legitimacy.  In fact, large deployments of US combat forces and the use of excessive force in hostile cultural environments can turn a military victory into political defeat.

The 2012 issue of MLR includes the following announcement and these items of timely and insightful scholarship:

and by Kevin H. Govern:

Your submissions are very welcome for the 2013 issue of the MLR.  Submissions via email are preferred, in any typset or font, double or single spaced, but in MS Word (.doc or .docx) formats, please, on subjects for which the MLR readership has a desire and indeed a need to know.  Send proposed submissions to:  MLR Editor-in-Chief: Kevin Govern via e-mail to: Info@MilitaryLegitimacyReview.com

The Editorial Board will consider your items for publication; if your submission is selected and your agreement to publish is obtained, your item will appear immediately thereafter online at http://militarylegitimacyreview.com, and in an end-of-year compendium similar to the linked issue above and previous issues.

and visit the University of Pennsylvania Center for Ethics and the Rule of Law (CERL) Site and Cornell Law Professor Jens Ohlin’s Lieber Code Site.

Back to the Future: Human Rights and Legitimacy in the Training and Advisory Mission
in
Special Warfare January-March 2013 Volume 26 | Issue 1 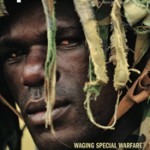 Sovereignty and the Rule of Law

The concept of sovereignty is the core attribute of the modern state. It has an “inside” face—the relation of the state to its citizens—and an “outside” face—the relation of states to other states. With regard to the inside face, when the concept first emerged in Seventeenth Century Europe, it imported a reconceptualization of state authority, and was accompanied by a transformation in the understanding of the relationship between individuals and political authority

In today’s politics, where concerns about national security dominate public policy debate, the concept of sovereignty is once more under reassessment. The expansion of executive authority in times of emergency has been a central theme of republican defense of the interrogation tactics of the Bush Administration. It has also, however, been an important component in justifying the legitimacy of drone strikes under Obama. The following questions suggest themselves as ripe for reexamination in light of changing conceptions of sovereignty:

How does the rise of powerful, organized terrorist groups affect the claims to sovereignty of a state? For instance, if a state harbors aggressive groups within their territory, can those under threat violate sovereignty to take action against the threat? And what standards are appropriate for judging when, if ever, such an attack would be proper?

What are appropriate limitations on national security initiatives on foreign territory? For example, is unauthorized drone activity in a territory a violation of sovereignty? Is it proper for a government to authorize foreign operations within their territory without the knowledge of the people of that country?

Sovereignty and the New Executive Authority will address these and other questions in an interdisciplinary discussion among scholars from different backgrounds, as well unite theoretical and practical perspectives.

Posted in Uncategorized | Leave a reply