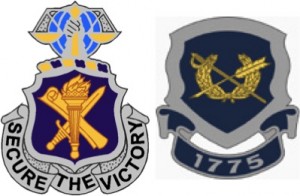 Military Legitimacy is about the balance between might and right.  It is a relative concept that differs in times of war and peace.  In wartime, national survival is paramount with defeat of the enemy by overwhelming military force the ultimate test of military legitimacy.  In peacetime the legitimacy of military operations is governed by legal and moral standards and values in both the US and the area of operations.  These standards and values are often in conflict, making the public support required for political and military legitimacy problematic.  That was a painful lesson learned first in Vietnam and confirmed more recently in Iraq and Afghanistan.

The focus of The Military Legitimacy Review (formerly The Military Legitimacy and Leadership Journal of 2009 & 2010) is on peacetime military operations—those operations other than war such as counterinsurgency, stability operations and nation-building.  Combat is often an integral part of peacetime military operations, especially in the early stages, but strategic success is more dependent upon achieving political objectives than military objectives, and superior military force is never a substitute for the lack of legitimacy.  In fact, large deployments of US combat forces and the use of excessive force in hostile cultural environments can turn a military victory into political defeat.

Military legitimacy is based on public perceptions of military operations, so that it is a reflection of civil-military relations.  Overseas religious and cultural conflicts are the most obvious threats to the legitimacy of US military forces, while in the US civil-military issues are more subtle but nevertheless real.  That is because the US military is an authoritarian regime within a democratic society, and its communal values—such as concepts of duty and loyalty to the military mission—represent a potential threat to libertarian civilian values.  And because the military controls the nation’s most coercive powers, there is the danger that an isolated military and conflicting military and civilian values could undermine civil-military relations and threaten the legitimacy of the US military.

The following topical categories will be used to organize papers, articles and commentary on the website (see sidebar):

1. Religion and culture as they shape values, law and public support as standards of military legitimacy.

2. Democracy, human rights and the rule of law in foreign policy and as standards of military legitimacy.

3. Military legitimacy and leadership and how they relate to civil-military relations

4. Civil affairs as an operational concept and a civil-military capability.

5. Lessons learned in legitimacy and how they shape the future.

The purpose of The Military Legitimacy Review is to facilitate the exchange of ideas among those interested in the interplay of might and right and the role of the military as the ultimate extension of foreign policy.  It is our hope that the ideas expressed in the articles and opinions on this website will further the cause of peace and promote democracy, human rights and the rule of law as fundamental concepts of legitimacy throughout the world.  Unfortunately, we have a long way to go, but we believe that the US military has a vital role to play in promoting a lasting peace, so long as our might is right.

Who are “we”—those who bring you The Military Legitimacy Review?  We have all been military lawyers with experience in Special Operations Forces, whose doctrine has long embraced legitimacy as a primary operational principle.  We all understand that military legitimacy involves much more than compliance with the law and we want others to understand the dynamics and central role of legitimacy in peacetime military operations.