Lt. Gen. Jay Silveria is the superintendent of the US Air Force Academy in Colorado Springs, Colorado. The opinions expressed in this commentary are his.

(CNN)A few months ago, I stood in front of more than 4,000 Air Force Academy cadets and delivered a simple message in response to a racist incident that occurred at our preparatory school: If you can’t treat someone with dignity and respect — get out. 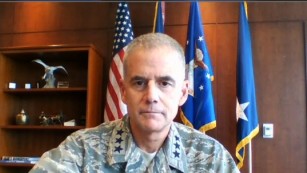 Lt. Gen. Jay Silveria
Ultimately, it turned out that one of the individuals thought to be a victim had actually perpetrated the incident. True to my message, that individual is no longer at the preparatory school because their actions, regardless of race or intentions, were counter to the culture of dignity and respect we demand at the United States Air Force Academy.
The short speech went viral and put our academy at the center of an ongoing national dialogue on race. I was honored to receive letters of support from airmen and military members, congressmen and congresswomen, senior US and allied officers, and individuals around the world. These letters may have been addressed to me, but they universally spoke of their respect and admiration for our academy, our cadets, and the men and women who work here.
That incident led me to some sober reflection, where I pondered an important question as both a military commander and the leader of an academic institution: Why is diversity so important? 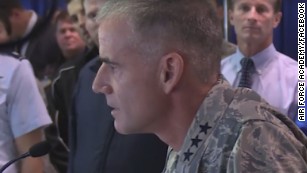 The general’s speech is the one we wish the President could make
My commitment to diversity as an ideal of our service is born from a humble belief that as people, not just airmen, we should treat each other with dignity and respect. We must embrace the full spectrum of our humanity, perspectives and experiences.
We come to the Air Force from across the country and around the globe, each of us with varied backgrounds and experiences, which are vital to how we exchange ideas, challenge assumptions and broaden our horizons. Diversity is one of the truest reflections of our nation’s ideals, and part of the fabric of our military. It is crucial, not because it is in vogue, but because it makes us better, stronger and more effective as a fighting force.
As airmen we have a single mission: Fight and win the nation’s wars, be it in the sky or in space and even cyberspace. Our best measure of success is the effectiveness we deliver on the battlefield, or the war we prevent because of our collective skill. We have to be singularly dedicated to that mission and how we achieve it, which means that when we consider the attributes of an individual member of our team, it must be through an objective lens of professionalism, where the only thing that matters is how he or she contributes to our strength and effectiveness.

In the face of rising threats we need each and every member of our team at his or her best. Keeping talented people out of the fight because we do not value diversity makes the Air Force less effective. Similarly, when members of our team demean, harass, haze, or assault one another it degrades our capabilities.
I spent the last year in command of the air war against ISIS at United States Central Command, which oversees military efforts in the Middle East, North Africa and Central Asia. Make no mistake, the modern battlefield is more complex and moves faster than ever. We don’t have time for distractions or for small-minded people. 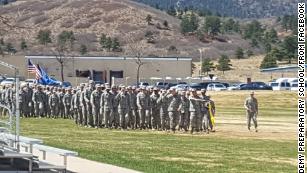 A black cadet wrote the racist graffiti found at Air Force Academy
Against ISIS, we are waging a war using the most sophisticated and interconnected combat power in history. But our real advantage is the intellect, innovation, creativity and courage of our troops. If any among us thinks these qualities are defined by race, ethnicity, religion, sexual orientation or identity or any other factor of the human condition, then the Air Force Academy and our military is not the place for them.
The link between diversity and victory does not exist in the abstract. It is real and has been proven throughout history. From 1941 to 1946, in the small, segregated town of Tuskegee, Alabama, black Americans trained to become fighter pilots. They would form the 332nd Fighter Group and serve in the Europe, where they overcame the racism inherent in the WWII Army Air Corps to amass an impressive record. 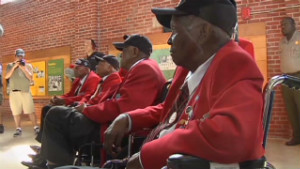 Tuskegee Airmen receive rousing welcome 02:12
Over their 15,000 sorties, the Tuskegee Airmen’s professionalism, valor and airmanship earned the respect of the B-17 crews they escorted. More importantly, the bomber formations they guarded suffered fewer losses than those escorted by other units, which meant more of their bombers made it to their targets in Germany and back home again. They made the 15th Air Force more lethal, and their contributions were pivotal in the outcome of World War II.
While the Tuskegee Airmen would influence the battle in Europe, the Native American Code Talkers would help the Allies prevail in the Pacific. Approximately 500 Native Americans would enlist in the United States Marine Corps during World War II and use their native languages to encrypt vital communications during combat.
Since the code was just an application of their native language it did not require special equipment and it improved the speed and accuracy of communication on the battlefield. Furthermore, this unique code, which utilized the diversity of America, was never cracked and allowed innumerable critical communications to take place among the Allies, free from the fear of information falling into the Axis powers’ hands.
The Allies eventually broke the code of the German Enigma machines, intercepting and exploiting vital information — a secure communications disparity that would prove crucial to Allied victory in the war. Leveraging our unique talents born from our diversity can offer advantages that even the greatest technologies cannot overcome.

How women made a difference

Women would also play a key role during and after the war. More than 1,000 Women Airforce Service Pilots, known as WASPs, were stationed at 122 air bases across the United States. Though limited by the sexism of the time, and barred from front-line roles, they still flew more than 60 million miles in almost every type of aircraft flown by the US Army Air Forces. By testing and delivering aircraft, these women flew thousands of aircraft to the front lines, where they would be flown by their male counterparts in combat. WASPS fought for decades for recognition despite their courageous service; 38 WASPs lost their lives during the war.
After World War II, the military’s stark lack of diversity would hinder the nation’s efforts during the Cold War. The Soviet Union had leapt ahead in space exploration with the surprise launch of Sputnik and cemented their dominance when Yuri Gagarin became the first human in space. Perhaps it wasn’t a coincidence that the American space program supplanted the Soviets after female and African-American mathematicians and engineers were integrated into the workforce.
In an era in which gay Americans in all walks of life frequently remained in the closet, Technical Sgt. Leonard Matlovich became the face of the still nascent gay rights movement when he appeared on the cover of TIME magazine in 1975, in his uniform, under the banner “I Am a Homosexual.”
His activism and courage in the face of social injustice was laudable, but his actions on the battlefields of Vietnam earned him the Bronze Star and Purple Heart. Matlovich made our military better for his talents and for his courage both on the battlefield abroad and in our community at home. 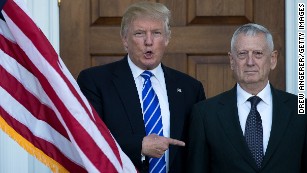 Trump’s generals are speaking up
In every aspect of our humanity, there have been airmen contributing their unique talents to the nation’s defense. John Levitow, a Jewish airman, was a loadmaster on an AC-47 “Spooky” gunship. Although Levitow’s religion did not restrict him from service in the same ways as Matlovich’s sexuality, the Tuskegee Airmen’s race, or the WASPs’ gender, his story highlights that heroes may be of any faith, including those of no faith.
On February 24, 1969, Levitow’s gunship was supporting an Army unit when his airplane was hit by mortar fire. The shrapnel damaged the plane and injured the crew, including Levitow. It also caused the airplane’s gunner to drop a lit flare inside the aircraft, where its fuse burned next to 19,000 rounds of ammunition. 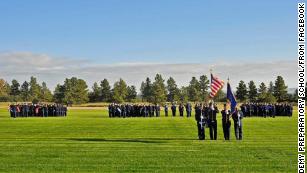 Air Force Academy hoax doesn’t change overall picture on hate crimes
Despite his injuries, Levitow dragged the burning fuse to an open door and dropped it out of the plane seconds before it ignited. He saved the aircraft and crew, and was awarded the Congressional Medal of Honor. That gunship and the soldiers it was supporting survived that day because of the diversity Levitow brought to the fight.

I grew up in a military family and have worn our nation’s uniform for 36 years. I have traveled the world, served in leadership roles from California to England, and commanded some of our nation’s finest men and women in places like Iraq and Afghanistan. As the Air Force Academy’s superintendent, the bottom line is simple: I need to prepare these young men and women to defend our freedoms and defend our nation, even if it means making the ultimate sacrifice.

Over the course of my career, waging war and preserving peace has grown infinitely more complex. Today, the leaders we prepare must be able to understand ideas, languages and customs that span continents and cultures as they never have before. Furthermore, they must be able to harness the unique talents of the airmen they will lead.

Embracing, celebrating and striving for diversity isn’t just the right thing to do, nor is it just a sensitive and politically correct, knee-jerk response. It is the application of our collective intelligence — our uniqueness coming together to fulfill our duty to provide the nation with the most effective and lethal fighting force we have the capacity to employ on the battlefield. To put it in the terms of a military leader: Diversity is a force multiplier. We must do this together — all ranks and ages, races and religions, sexual orientations and identities — all of us.